Compa­nies must experi­ment their way into an unknown future
Compa­nies all over the world are currently facing the biggest challen­ges since the finan­cial crisis, and for many, these challen­ges are even greater this time. 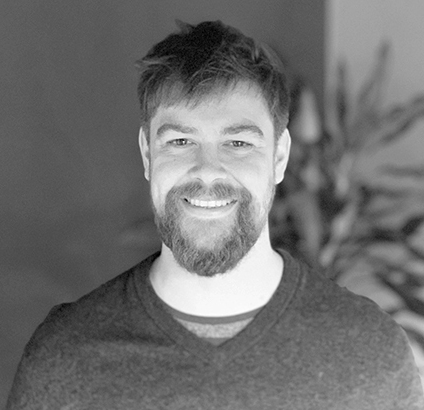 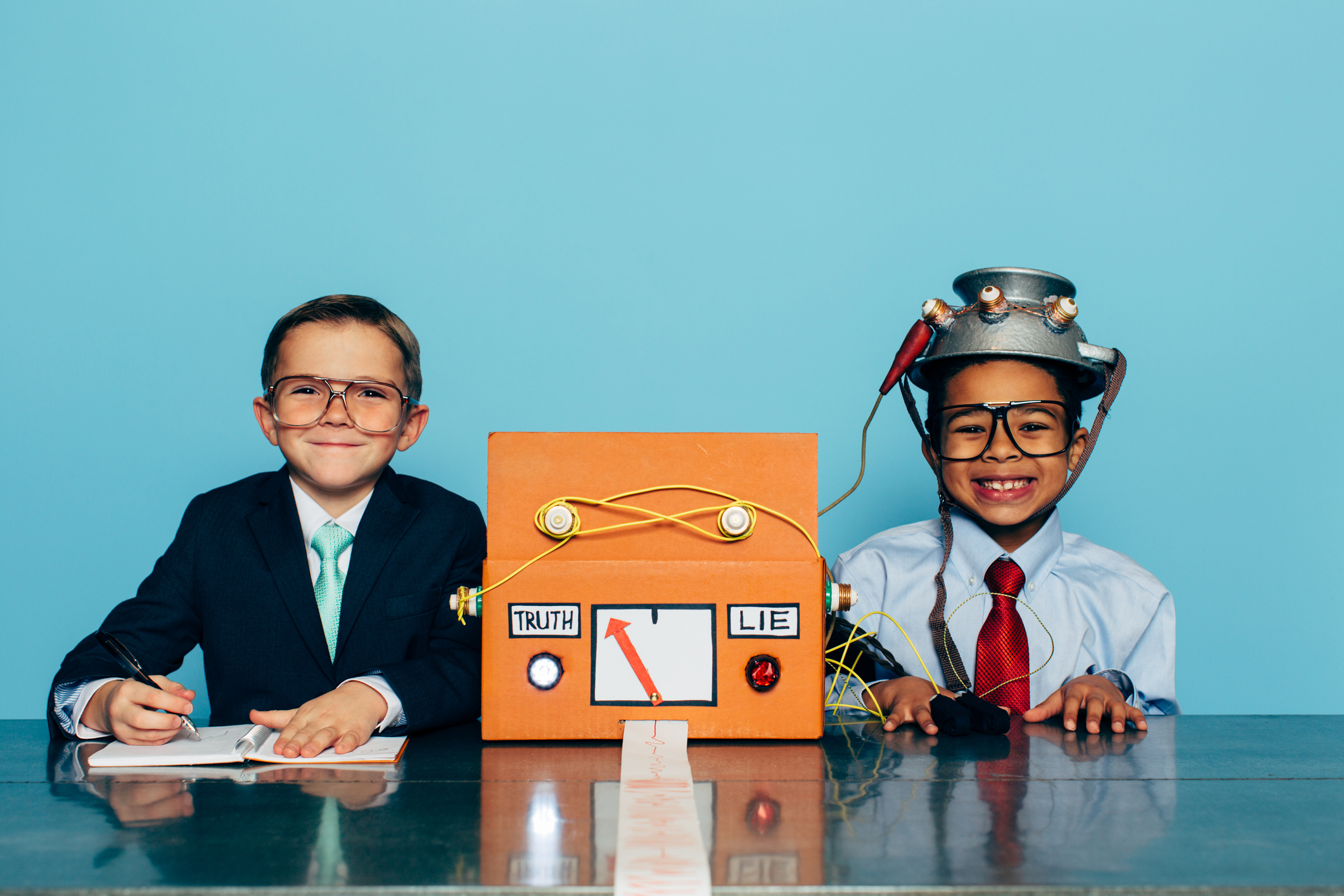 Compa­nies all over the world are currently facing the biggest challen­ges since the finan­cial crisis, and for many, these challen­ges are even greater this time. Here in Denmark we will most likely have to wait until Septem­ber, before we once again have the freedom that we all took for granted before the Prime Minister’s press confe­rence on 11 March. A challen­ging situa­tion for all of us — and unfortu­na­tely fatal for many. COVID-19 is going to trans­form the innova­tion needs of many compa­nies, and the most innova­tion-ready are already redesig­ning their products, supply chains and business models. This is a diffi­cult exercise, because we have to innovate for a future that is still unknown – for all of us.

THE FUTURE MAY LIE IN UNDERSTANDING THE PAST

For many compa­nies, the future may lie in revisi­ting the past. Why was the company establis­hed? What kind of positive diffe­rence did it want to make for its custo­mers? These are some of the questions compa­nies can usefully ask themsel­ves. Questions that can help them to find a path back to the compa­ny’s origi­nal purpose, or what Simon Sinek calls its why. And also help them in finding the task or the job-to-be-done that the compa­ny’s custo­mers and users want help with. These were some of the questions which helped LEGO get through their most recent crisis which took place in the years around 2007. LEGO looked back to its past and used it to under­stand what the compa­ny’s future products and business model should look like. We could ask what Post Danmark might have been today – if they had seen themsel­ves as a company that helps people commu­ni­cate more easily with each other, rather than a company that provi­des postal servi­ces to indivi­du­als and compa­nies? It is less a question of WHAT the company does, and more WHY it does it — to quote Simon Sinek once again. Danske Bank, whose purpose is to help their “custo­mers become finan­ci­ally confi­dent and help them build their lives and busines­ses on a solid finan­cial founda­tion”, has formu­la­ted a strong why which focuses on the task they must carry out for the bank’s custo­mers. It focuses on the strate­gic game board, which can be used to design, validate and scale the servi­ces and business models that must lead the bank into a new and unknown future after COVID-19. That is, if the innova­tion capabi­lity is strong enough.

IMPROVING WHAT ALREADY EXIST IS NOT ENOUGH

Today, many compa­nies hold innova­tion portfo­lios with an outsized content of what can be termed “improving innova­tion”. This means improving what already exists rather than creat­ing somet­hing new. The Innova­tion Board has spent years advocat­ing that simply improving existing products, servi­ces and business models, is not suffi­ci­ent if the company is to be future-proofed. Comple­tely new ones must be desig­ned, valida­ted and scaled, and others need to be phased out. A good rule of thumb has thus far been that 30 per cent of the innova­tion portfo­lio should consist of projects which have the objective of doing somet­hing that is new for the company, or even comple­tely new for the world, rather than just approving and imple­men­ting projects that improve the existing a little at a time. And for many compa­nies, that figure will be even higher now that COVID-19 is in the process of disrup­ting the world. For example, many manag­ing directors are already talking about steep learning curves within virtual forms of colla­bo­ra­tion, and how this will in future reduce the need for a lot of expen­sive and time-consu­m­ing business trips. For airli­nes, this will mean that the number of passen­gers – also after the COVID-19 pande­mic – will fall compa­red to before the pande­mic, and that they will not be able to grow by improving what they already have. Brand new products, servi­ces and business models will need to be desig­ned, valida­ted and scaled to future-proof compa­nies in these sectors. A strong and authen­tic why can help all compa­nies to provide a clear and forward-looking direction for their innova­tion efforts.

INNOVATION MUST BE DRIVEN BY EXPERIMENT

A strong why is important in creat­ing a clear and forward-looking direction for business innova­tion efforts, and as stated above, the key to this may lie in revisi­ting the past and the birth of the company. Retur­ning to the thought experi­ment about Post Danmark and what it might have become if it had focused on helping people commu­ni­cate more easily with each other – this would have given the company a strong why that could poten­ti­ally disrupt large sections of the market for business travel. Perhaps it would have been them and not Eric Yuan who establis­hed Zoom, which right now is one of the most popular platforms for making commu­ni­ca­tion with one another easy. Maybe they would have invested in Skype back in 2003, when Janus Friis and Niklas Zennström built the founda­tion for their billion dollar success. It is easy to be wise after the event, and back then no one knew what the future would look like. And neither does anyone know what the time after COVID-19 will look like. Compa­nies will there­fore have to experi­ment their way into an unknown future, and that demands diffe­rent innova­tion models than e.g. the Coopers Stage Gate model, which was launched in the late 1970s. Innova­tion models need to be more itera­tive, more experi­men­tal and more agile. At The Innova­tion Board, we are strong advoca­tes of venture-based innova­tion models. The benefits of venture-based innova­tion models are that the innova­tion takes its starting point in the task that the custo­mers and users wish to see resol­ved, that innova­tion comes to market from day one, and that the company can gradu­ally, quickly and cheaply test and validate the most criti­cal uncertain­ties associ­a­ted with the innova­tion. For example, through an itera­tive cycle as illustra­ted in the figure below. 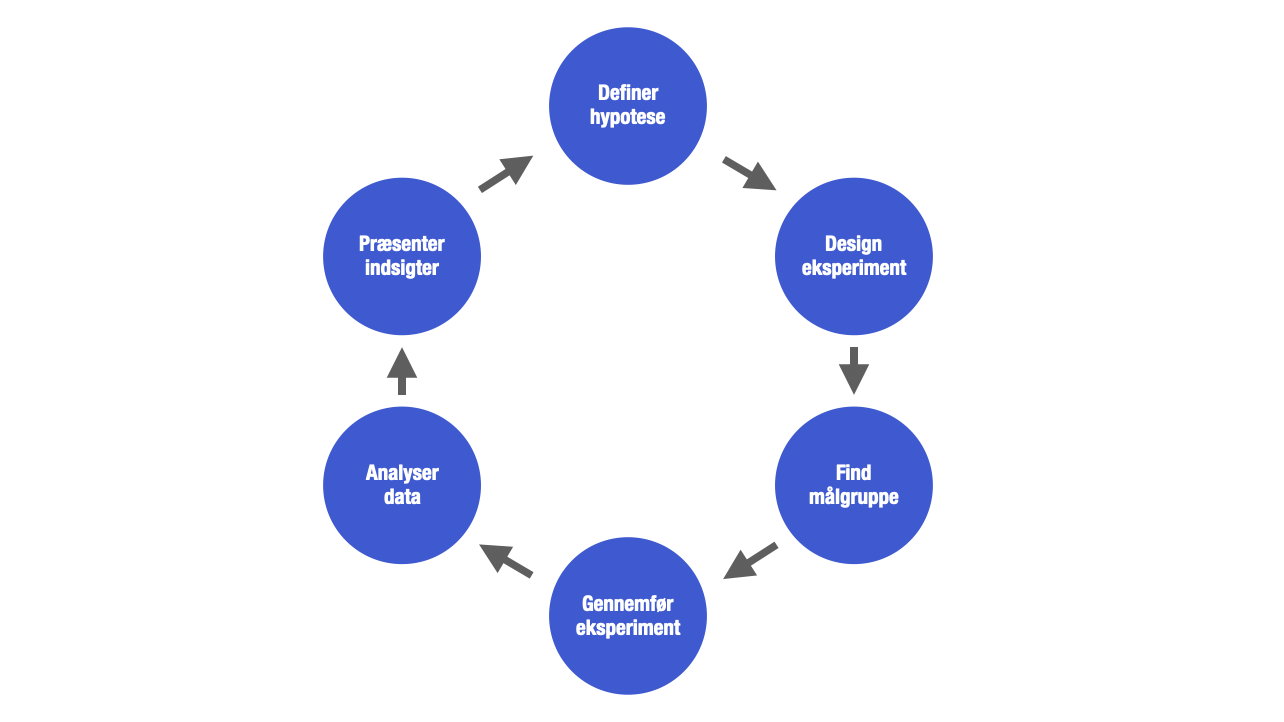 Start with the most criti­cal uncertain­ties and prefe­rably design more than one experi­ment to validate whether a criti­cal hypot­he­sis is true or false. Start small-scale and cheaply and increase your efforts as the project’s uncertain­ties are reduced. Design the proto­ty­pes for the new products, servi­ces and business models on the premise that you know everyt­hing, but also always test with the humility that you know nothing. However attra­ctive the ideas seem on paper, remem­ber that in the begin­ning, they are always only based on hypotheses.

VALIDATE THE BUSINESS MODEL BEFORE SCALING

In his business model canvas, Alex Osterwal­der has defined a total of nine catego­ries of uncertain­ties, and it is of course important to validate them all. We recom­mend that compa­nies design their experi­ments in a sequence, begin­ning with the commercial and user-orien­ted uncertain­ties and ending with the techni­cal ones. In this way, you do not spend time and your innova­tion budget building somet­hing without knowing if someone will use it or buy it. A good sequence for conducting innova­tion-driven experi­ments is:

The sequence is crucial, and being able to design and validate a profi­table business model for an idea is vital. And also more important than being able to scale the idea. The innova­tion projects and start-ups that placed more importance on scaling rather than finding a profi­table business model crashed when the dot.com bubble burst in the year 2000. The same thing happe­ned during the finan­cial crisis of 2008, and it will happen again with the current pande­mic. “Only when the tide goes out do you discover who’s been swimm­ing naked,” as Warren Buffett says.